furynick wrote:It would be great if videos files can show a thumbnail

That works already. You may need ffmpeg installed and configured (see the guides on Transcoding), but it already works for me with Twonky v6.

furynick wrote:It would be great if videos files can show a thumbnail

That works already. You may need ffmpeg installed and configured (see the guides on Transcoding), but it already works for me with Twonky v6.

Or have a look at a script (tw-video-scraper) I just released, to automatically retrieve screenshots and movie posters from the internet. A guide to setting up ffmpeg thumbnails can be found here, but obviously I like my script better

because it produces more relevant thumbnails

by furynick
Great, I haven't read all documentation yet.
Many thanks.

by cykelsmeden
As Internet Radio is yet not supported, I take that Internet TV i a way ahead

However it would be really awsome to be able to play a youtube video-playlist on my TV.

When transcoding files from flac to wav for example, Twonky should present the file type differently.
On the fly transcoding can only start when the file is selected on the client. When the client is not showing the source file (because some clients filter on file extension) there is no way to start transcoding.

For example: When for the sony bravia transcoding on the fly for flac to wav is selected, Twonky should present all *.flac files as *.wav in order to have them listed on the client. Then when one of the listed files (*.wav) is selected transcoding is started and the stream is send to the Bravia.

Please let me know what you think.
Kind regards Michel

by Twonky_Rick
I've passed your feedback onto the people who do transcoding for us.

by abgestumpft
Hi,
I think it's still not possible with 6.0.38:
it should be possible to enter multiple Artists (e.g. like it already works with Genres).

E.g.
Artist1,Artist2 in the mp3 Artist tag will lead in Twonky tree to:
Artist1
Artist2

by bgsmith
+1 for configurable blacklist. /srv is where I would like to place media to be served by TwonkyServer.

by nickangel85
I hope it will be supported very soon. It's the only way the Twonky software will ever be considered a decent media player. The issues comes from the fact Twonky was originated in germany that does not need subs really as everything is dubbed. Once started international sales the demand became higher and higher...

by walteroa
Could be great if under config tab, we can have an "update" option, that downloads the latest server files & let us chose whenever to install (auto/manual).
Now, all manual is pain in the a.....

It would be nice to reflect such a structure in the keyword navtree.
Proposal (for the above example perhaps using XP keywords property): "/friends/smith/ben;/friends/smith/mary;/holiday/2011/hawaii"

For the XML NavTree language there would be a mixture of "buildon=res" and "buildon=pv:av:Keywords" necessary.

I hope I have made me clear, english is not my native language.

Also a developer documentation would be very usefull. (Creating NAV trees, changing appearance on the WEB page and in DNLA clients..., probably someone can create this from the forum posts - e.g. phibertron's posts are extremly usefull)

by ronster
Some of my CD's are aging, and I've come across a couple that succumb to bit rot. To preserve my collection, I've re-ripped my entire collection to Flac. Side benefit is I have an archive of high quality files along side my mp3 archive. Downside, I have duplicates of many albums.

It would be nice if I could index these files, either as a separate server listing [ie. for HQ content], or a segregated category within the database that would not blend the listings of both archives [ie flac files indexed in a separate category (or listing) from all the rest]

I could see such a feature handy for parents who do not want "juniors" content mixed with their own, or spouses who have opposing interest [ie. Anne Murry vs Anthrax].

by maultby
Hi
My video library is structured into 3D Movies, Movies, TV Shows.
I've used playlists (wpl) to separate 3D Movies and Movies and this works fine.
My TV Shows has a deep folder structure and consequently I need that folder structure to show when browsing TV Shows. To use playlists for this would require that I rename all the video files and any embedded titles to have their folders prefixed which would be tedious with 900 files. A nice solution would be to be able to assign a NavTree to a Shared Folder (with the option to show file-name instead of embedded title when By Folder is the Nav Tree type)? Alternatively an option within a playlist to show the file names referenced by their Folders?
Can either be done with current TwonkyServer 8.3? if not can this be added to the wish list?
Thanks
Jeff

I have been using Twonky for some time now. Recently, my network topology changed so that I'm using multiple subsets (i.e., 10.0.1.0, 10.0.2.0, 10.0.3.0...) - some of which are connect via OpenVPN tunnels. Without forwarding multicast traffic between these networks, it would be great if it was possible to use the existing REST API to pass ipaddress locations to my TwonkyServer of devices that can render content such as AppleTVs, Xboxs (EX: 10.0.1.100:9000/nmc/rpc/add_renderer?renderer="10.0.3.45"&static=True). This could proactively initiate a conversations between the devices and create a uuid profile for that device in twonky's db so that I can Beam to them at a later date using the REST API Beam functionality. As it stands, these devices are not discoverable by Twonky, so, in some cases, I'm using 3rd party apps and remote exposure (10.0.1.100:9100) to pass locally via upnp which is less secure for me. If there is another way that I'm unaware of of getting them cataloged as Twonky renderers without going through multicast discovery please let me know.

by Empirical Audio
A setting in audio playback options that disables and bypasses the volume control, guaranteeing that no data or offset is changed on playback. An indicator can show MAX VOLUME to insure that the user is aware.

If this feature were in Twonky, it would be unique in the industry and add another compelling reason for audiophiles to use Twonky.

by minidaul
Please Support for <ruby> tags in subtitles.

I'll attach a screenshot of how that text is supposed to look like. 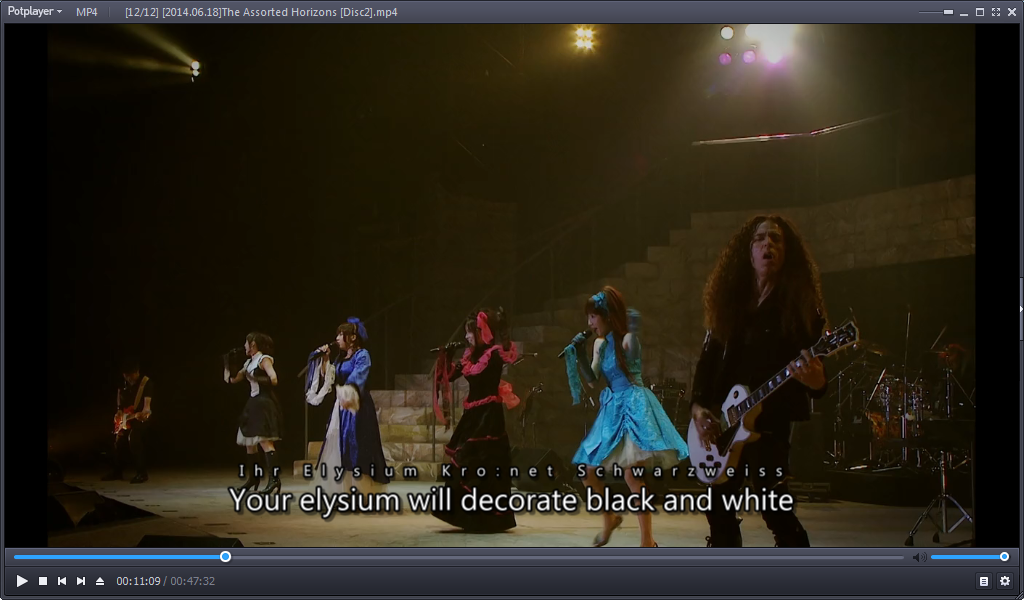