The problem is, My Xbox 360 does not see Twonky Media Server anymore. I upgraded the software of Twonky to 5.1.1. and since then the 360 does not recognize or even sees the server.

Also i have uploaded a picture of how Twonky Media Server sees my machines. It has made a duplicate of the XBOX 360 and the Denon 3808CI. Yet it does not label them as they are it labels them as if they are generic items.
The Denon receiver plays all the music but the 360 does not. 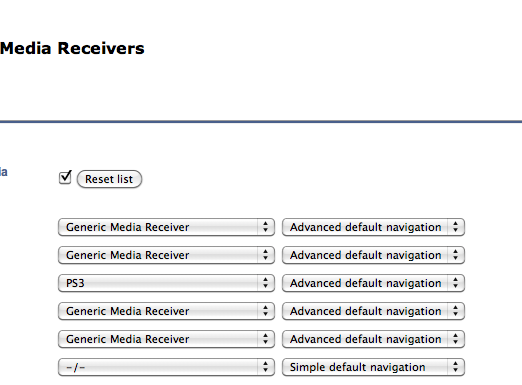 
I hope i can get this to work before Christmas, my home theatre gets used a lot and it would be a drag to not have the 360 cooperate with the streaming of movies and all those great capabilities.

Any help or ideas would be great,

Thank you for your time!!!
Top

5.1.2 is the latest. Please try that before reporting problems.
Please note: Moderators here are voluntary and do not work for PacketVideo or Twonky, please do not attack us. Any posts are personal opinion, and may not be those of PV/Twonky.
Top
Post Reply
2 posts • Page 1 of 1